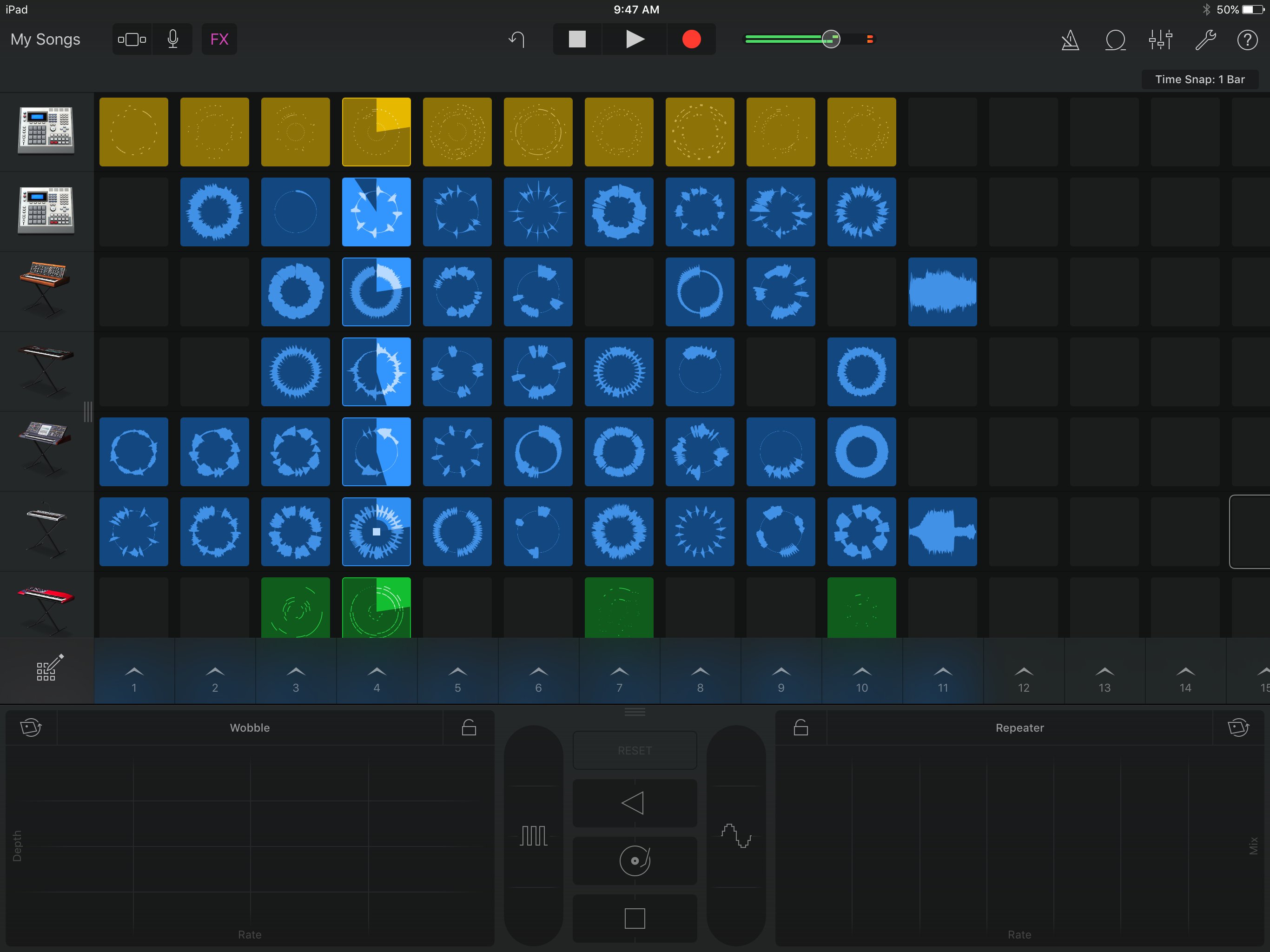 Apple’s iPhone and iPad app developers released a big update to their GarageBand iOS app recently, and the new features could potentially draw the oft-belittled software suite into the limelight — particularly for electronic artists, who will find the new features much more aligned with digital music creation.

Garageband has long been familiar to anybody with an apple device and a guitar lying around as a fun, easy way to lay down a few tracks. Something that’s always been glaringly missing from Garageband, however, is direct beat control via a loop sample interface like FL Studio (commonly known as “Fruity Loops”). The new update solves this problem, and Toronto iPhone app developers are sure to get a kick out of playing with the host of new features.

The “Live Loops” interface of Garageband is grid-based and impressively minimal for the amount of customization Apple’s iPhone and iPad app developers have embedded in the app’s behavior. In addition to arranging and shuffling beats and clips from a pre-loaded library, they’ve also enabled user-generated sampling and recordings from a library of keyboards. Users can then make the arrangements their own with audio effects like reverb, wobble, and other standards you’d expect from a robust music editing iOS app.

The most innovative feature of the app update, however, is “Drummer:” a sort of automated AI system where you can personalize a “drummer” with a unique set of beats and effects, resulting in one-off tracks that sound more unique than a standard pre-recorded backbeat. Considering it’s all coming from a device as small as your iPhone or iPad, Apple could easily have a party hit on their hands with this one — just serious enough for professional use, but just playful enough for making off-the-cuff musical masterpieces with your friends.

The Garageband updates are currently available as a free upgrade for iOS 9 and the app ships free on any device over 32GB internal storage.