GoodFirms, a B2B research and reviews firm, has named Dogtown Media among the top mobile app developers of 2019.

Headquartered in Venice, California, Dogtown Media – a premier mobile app development company was co-founded in 2011 by Marc Fischer and Rob Pope. They began Dogtown Media with the aimed at solving the complex problems through the avenue of technology. What started as two guys on a couch, has morphed into a tech powerhouse that has a presence beyond Los Angeles in San Francisco, New York, Boston, and Seattle. Since its inception, the company has successfully produced more than 200 apps.

To meet the needs of an increasingly technological world, they have rapidly expanded their design and development services to incorporate emerging technologies of artificial intelligence, machine learning, and internet of things app development.

Dogtown Media is proud to count esteemed companies like Google, Citibank, United Nations, RedBull, and Lexus as clients. Their huge clientele and exceptional services have given them a cutting edge reputation in the tech scene, making them the first choice for prospects.

All the companies that are registered on GoodFirms undertake a screening process. Wherein, the company is evaluated based on the three predefined criteria – Quality, Reliability, and Ability. After evaluation, the registered companies are given points and are subsequently ranked according to these points. This ranking list forms a catalog of the top software development companies providing the best services in the space, helping clients to find the relevant service providers. Thus, this kind of listing platform forms a bridge between service seekers and service providers.

The following Dogtown Media service lines have been evaluated in a similar manner below:

With technology able to make a huge impact on people’s lives, Dogtown Media remarks that apps should simplify rather than complicate. The company believes in providing meaningful mobile apps that solves the pain points of both its customers and their users. They specialize in building mobile apps for iPhone, Android, and even devise cross-platform apps. Additionally, they have expertise in creating apps based on Internet of Things, FinTech, and mHealth frameworks. They act as a technology consultant, working side by side with the client from ideation through launch and beyond to maintenance and growth.

These aspects of Dogtown’s performance speak to its status as one of the top mobile app development companies according to GoodFirms.

FinTech apps are disrupting the traditional financial sector and democratizing access to financial resources for a new generation of investors. With staff possessing over two decades worth of industry experience, Dogtown is able to cater to the changing demands of the market easily. They understand intrinsically the mindset and expectations of today’s investor, allowing them to design superior user experiences that adhere to relevant financial regulations while facilitating easier investing experiences for their users.

Dogtown’s substantive projects within the FinTech space has cemented its status as one of the top financial app development companies according to GoodFirms.

Dogtown Media makes sure to provide its clients with highly scalable applications, all the while adhering to Apple’s stringent developer guidelines. These purposeful apps attract and convert loyal end-users into lifelong clients. Additionally, at the core level, the developers at Dogtown help clients secure the ROI desired via their cutting edge apps. They make sure that their iPhone apps reach the App Store with the specified features and affirm to exceed the expectations of their clients. Dogtown maintains high internal standards to deliver projects on time, on budget, and according to specifications.

Dogtown’s experienced and skillful developers at the firm are among the top iPhone app developers according to GoodFirms, owing to the work they do. 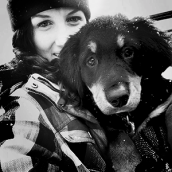 Anna Stark is currently a Content Writer with GoodFirms, a Washington D.C. based B2B Research Company, which bridges the gap between
service seekers and service providers. Anna’s current role allows her to craft pieces that highlight the performance and key attributes of companies. She firmly believes in the magic of words, underpinned by a forward-thinking and creative mindset.