During an emergency or crisis, fear and panic quickly become the norm for most people. The unpredictability of these situations can make them even more frightening; one never knows what to expect or how bad it is going to get. Even those who strive to remain calm in chaotic events can find themselves overwhelmed by the stressful circumstances that arise when faced with a potentially life-threatening situation.

Government roles during an emergency or crisis

During an emergency or crisis, government agencies are often relied upon to provide guidance and safety to individuals and communities. As soon as a potential threat is identified, these organizations step in with their state-of-the-art infrastructure and personnel to assist affected areas. They analyze scenarios and coordinate with local fire departments, medical personnel, and police forces–providing timely logistical support while simultaneously conducting drills that enhance the existing security policies across affected areas.

Vital resources like transport facilities and medical services are also deployed to offer timely support. For example, during the recent floods in South East Asia, the government provided housing for displaced families alongside regular meals for those in need. Such strategic planning plays an essential role in helping people cope with large-scale emergencies more efficiently.

Getting the information out In times of emergency, it can be difficult for the necessary information to reach all citizens in need. Without a clear means of communication and access to the necessary resources, citizens may feel isolated and unable to take necessary safety measures. Whether citizens are using Android developed apps or another operating system, governments must get the message out.

This importance is why it is essential for government officials and community partners to come together and ensure that efficient services are made available during an emergency, such as providing relief materials, setting up designated shelters, and issuing directive alerts.

Since these efforts require strong collaboration and preparation prior to an emergency situation, it is important that local authorities maintain coordination with other agencies at all times in order to strengthen their disaster plan. Government agencies are now beginning to embrace apps to deliver alerts during times of crisis.

Government agencies, both nationally and internationally, are realizing the practical value of emergency services and alert apps in helping citizens become better informed in the case of a natural disaster or other crisis. Emergency services apps help to ensure that important updates, safety information, evacuation routes, maps, and additional resources can be quickly transmitted to those affected by a crisis.

Apps can provide real-time updates on particular incidents, alert people to danger in their area even before public warnings are issued and keep people informed during the chaotic aftermath of a hazardous event. Government agencies have realized that emergency services and alert apps offer a powerful way to send official notifications across large populations efficiently.

Examples of how government agencies are using emergency services and alerts apps include: Emergency services and alert apps are invaluable, offering numerous benefits to both governmental agencies and citizens. With notifications sent out quickly and targeted to those within a specific location, emergency agencies have seen increased efficiency when responding to an incident. Meanwhile, citizens have been provided greater safety with timely warnings preventing injury or the loss of life due to environmental or natural hazards.

The cost associated with emergencies has also been reduced, as governments can better anticipate any issues before they become too unmanageable. This technology has further heightened awareness about specific types of emergencies among both citizens and governmental organizations. Additionally, it has provided an opportunity to strengthen relations between local agencies and citizens by providing useful information and assistance during times of crisis.

While emergency services and alert apps provide many benefits, they also come with potential risks if not properly maintained. For instance, failure to update the app or keep it in good working condition could lead to inaccurate information being sent out, causing panic and confusion among citizens.

Another risk is that data collected by these apps may be used for malicious purposes unless proper security measures are put into place. Finally, using automated systems can lead to delays or technical glitches, which can delay responding authorities or lead them to give wrong instructions. It is, therefore, important for government agencies to continuously monitor and maintain these applications in order to ensure they are providing accurate information and protecting user privacy.

Government agencies have a responsibility to keep citizens safe and informed during times of emergency. One of the most efficient ways to do this is by working with app developers to create emergency services and alert apps. With this collaborative venture between government bodies and app developers, citizens will finally know they are significantly better equipped to respond to any emergency situation. 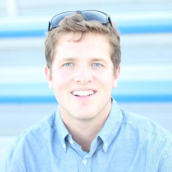