If there’s one word that aptly sums up augmented reality (AR) developer Magic Leap, it would be “mysterious.” The tech enigma has managed to raise billions of dollars from many of Silicon Valley’s most prestigious tech companies without any actual product available on the market.

But as more of Magic Leap’s ambitious plans become revealed, this may be the year where all of the tech titans’ bets become validated.

Every high-profile funding deal it garners only makes Magic Leap more confounding to traditional investors. Most recently, the AR company looks like it’s putting the finishing touches on a $400 million injection from Saudi Arabia’s Public Investment Fund (PIF). This colossal amount of cash would be a nice addition to the $503 million raised during the company’s Series D round last year.

If this deal goes through, that would bump up Magic Leap’s total funds raised to the tune of roughly $2.3 billion. Its many backers include Warner Bros, Qualcomm, Alibaba, Google, Andreessen Horowitz, and most recently, European multimedia giant Axel Springer. 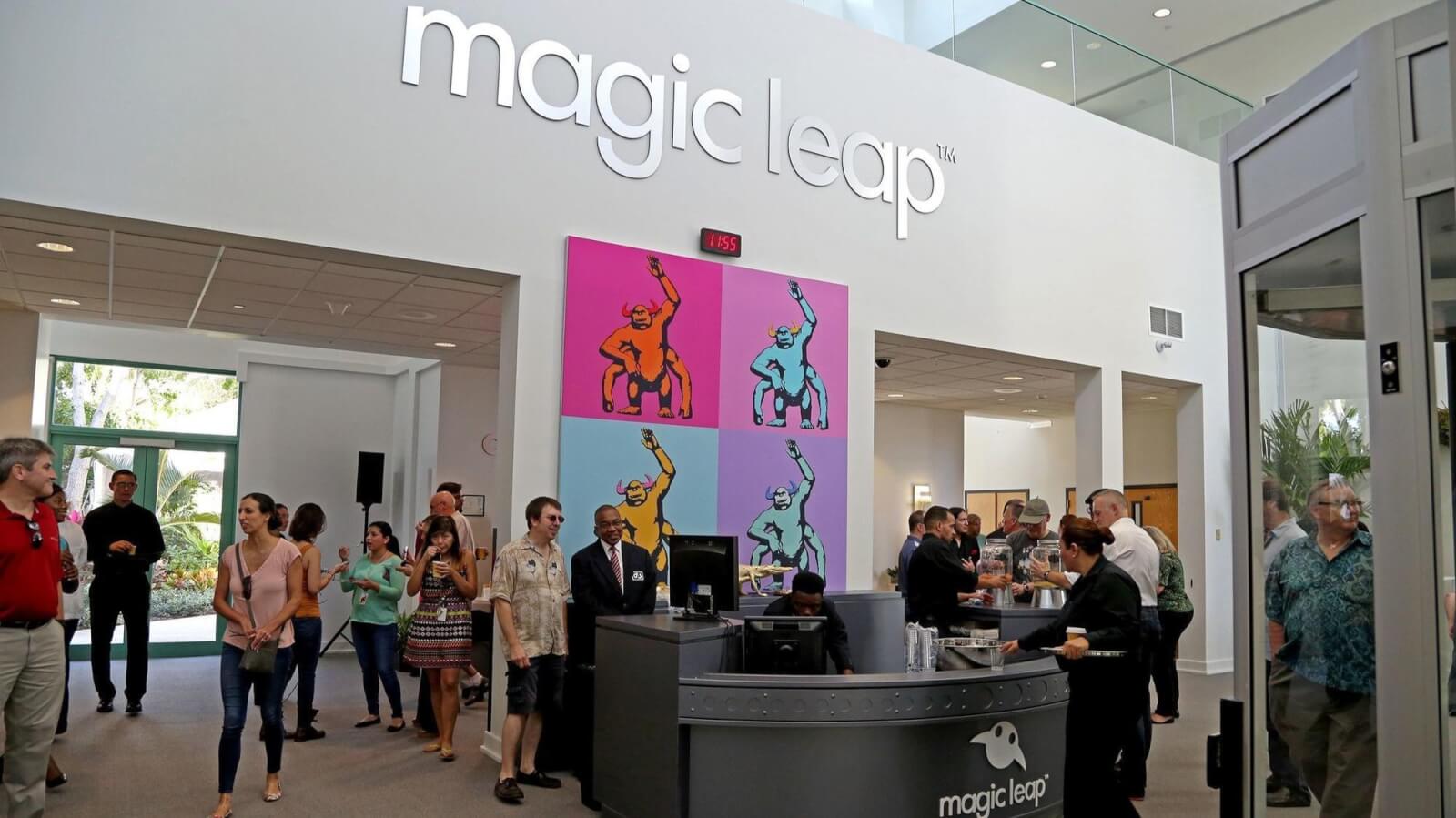 Shrouded in secrecy in Florida far away from the typical San Francisco development community that one would assume Magic Leap is from, the company continues to leave many players in the tech industry puzzled as it continues to secure more money with what appears to be media hype alone.

It’s hard to think of another company that has had so many big players wrapped around its finger, and it’s causing many to wonder whether Magic Leap will deliver on its promises or if it’s “peddling snake oil.” Not too long ago, all we had to go off of were well-produced and edited videos that showed what the company’s vision of AR was, but not any real demo footage. It would seem that Magic Leap is looking to silence the doubters soon: the company is aiming to release the Magic Leap One: Creator Edition before year’s end.

More Than Meets the Eye

First announced in December 2017, Magic Leap’s first market foray, the Magic Leap One, is meant for AR developers who want to build projects on the company’s platform. With the announcement came some concept pictures and publicized plans to release a software development kit (SDK) in early 2018. As of now, no SDK has been made available yet.

The concept pictures reveal the Magic Leap One to be a combination of a headset (dubbed Lightwear), a handheld controller, and a hip-worn computer (called the Lightpack). Together, the tech contraption utilizes light-field technology that “generates digital light at different depths,” resulting in what the company calls “mixed reality.” Light-field technology is nothing new; many companies have attempted to commercialize it. But Magic Leap hints that its technology is something quite different from what’s come before. Rony Abovitz, Magic Leap’s CEO, says their system “senses you… [it] gets an emotional state, biomarkers, and information about the world around you” to deliver an unparalleled AR experience.

The company’s patent, filed on July 31, 2017, discusses a fixed-distance system that utilizes three inertial measurement units (IMUs) to configure light sources and project a light beam to create AR. The first two IMUs calculate the user’s head position, while the third, measured from the hip-mounted Lightpack, deduces the body position. Taking all IMUs into account and combining this data with computer vision allows the system to determine where to place the virtual content.

Viable AR for All?

While no exact number has been released, the Magic Leap One falls in the middle of Magic Leap’s projected price range for its planned product releases. The company has many iterations in the works to cater to an array of different consumers. The cheapest version is expected to cost roughly the same as a “higher-end mobile phone to higher-end tablet.” 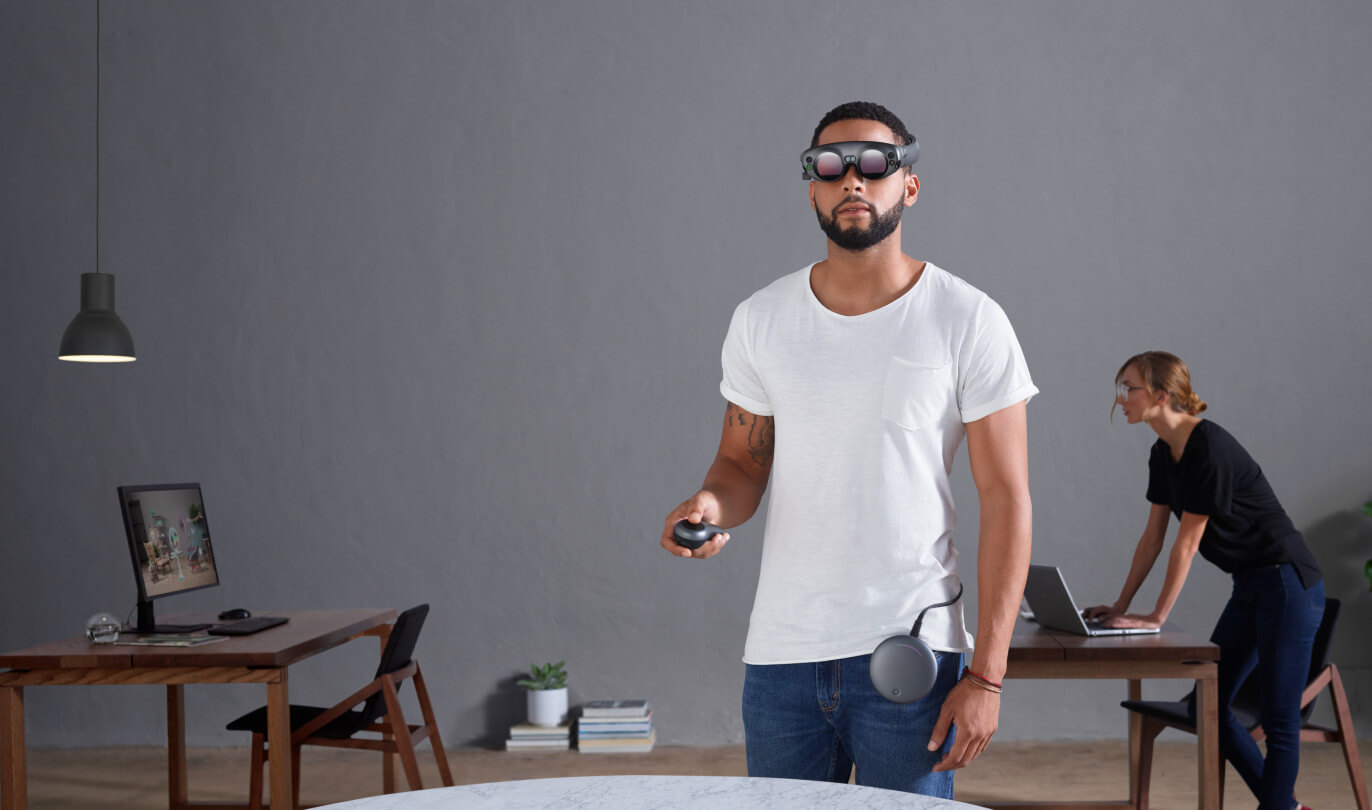 Abovitz elaborates on the pricing structure: “I think we’re trying to establish certain tiers — we’re not going to be a single-product company over time… We will have a product line in that price point probably for the company’s history, and we’ll probably have some above and we’ll have some below… We’ll have even higher-end [versions] for hyper-pro, and then we’ll have wide mass-market products.”

Estimates place the Magic Leap One at around $1,500 or $2,000. Abovitz justifies the cost by saying that his company’s headset could eventually take the place of “your phones, your televisions, your laptops, your tablets, which add up to thousands of dollars.”

To bolster their ramp up towards launch, there’s been no shortage of announced content partnerships between Magic Leap and a plethora of entertainment entities. Of course, since content is crucial to their technology gaining traction, the AR company has secured some strong collaborations with well-known names. 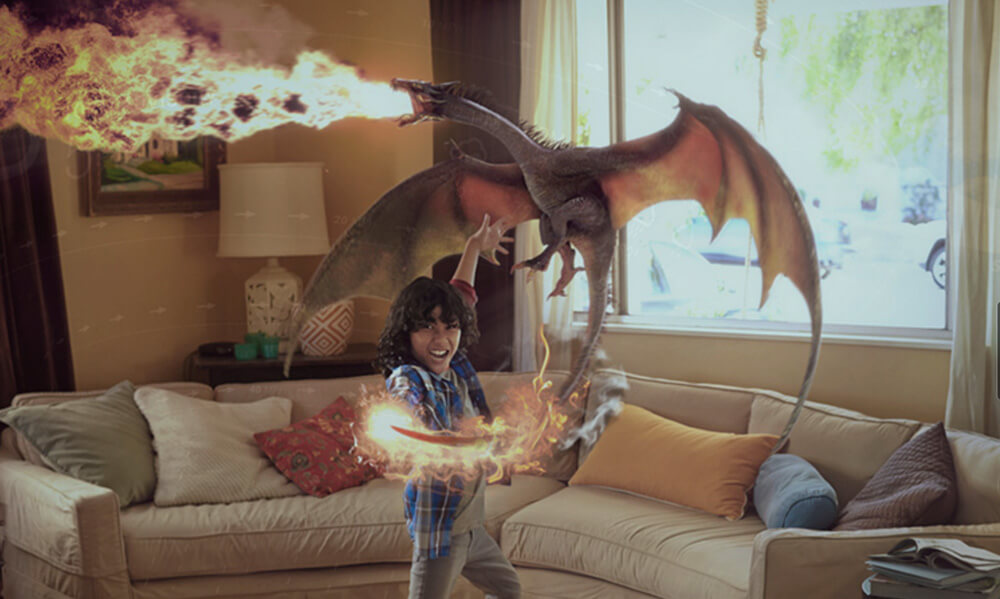 But content will become even more crucial for the mixed reality company if they follow through on one of their most ambitious plans: opening a brick-and-mortar store. A recent job posting from Magic Leap makes it clear they’re looking for a store design expert. While certainly out of left-field for a modern tech company, this unorthodox strategy paid off in spades for Apple in the past. After all, nothing quite exclaims “the future is here” more than holding it in your very own hands.

If these retail stores come to fruition, content will be center-stage in convincing customers to walk out with a brand new AR headset. Magic Leap still has its fair share of naysayers, but it’s hard to deny that all of their current endeavors do weave together quite nicely to bring their grand plan into focus: becoming the company that comes to mind when you think of AR. 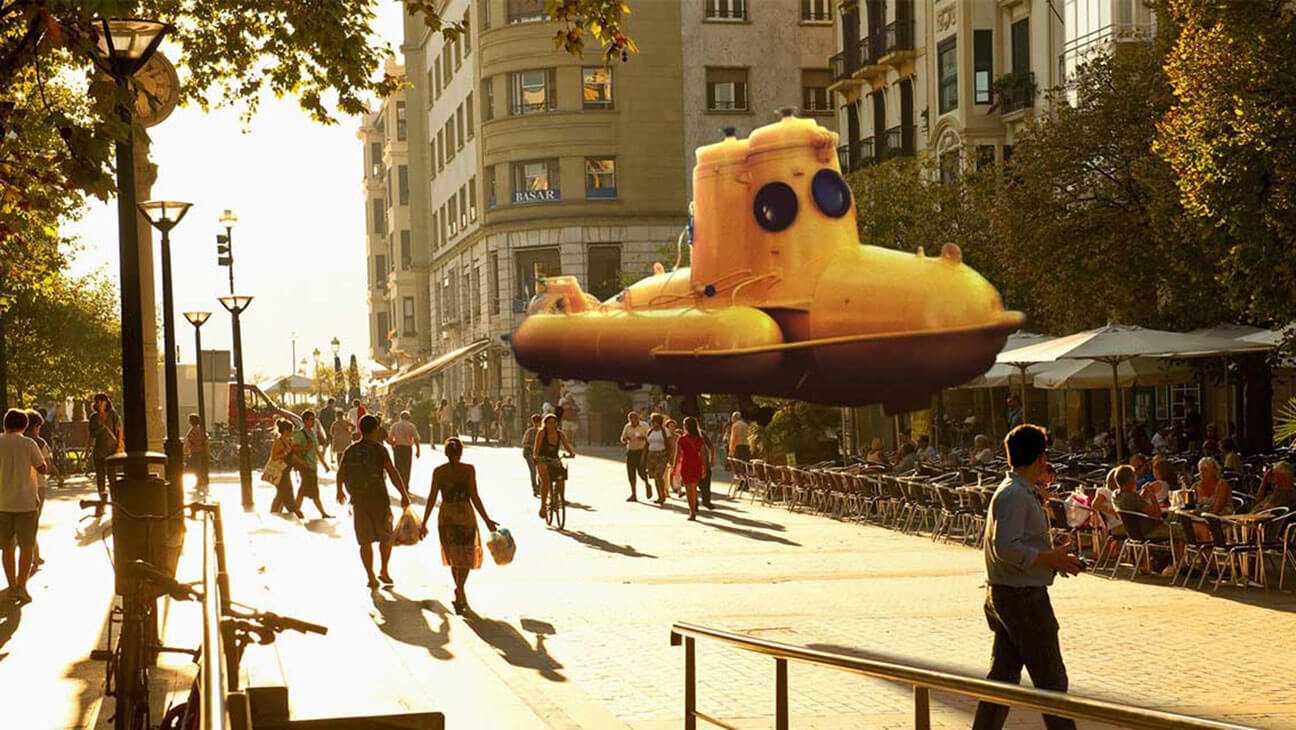 While the AR industry has hardly gotten started yet, Magic Leap has set efforts in motion that could secure their place as the standard of what’s possible with the technology. But for now, it’s unclear whether the company’s plans will play out exactly as they want them to.

We’ll just have to wait and see.