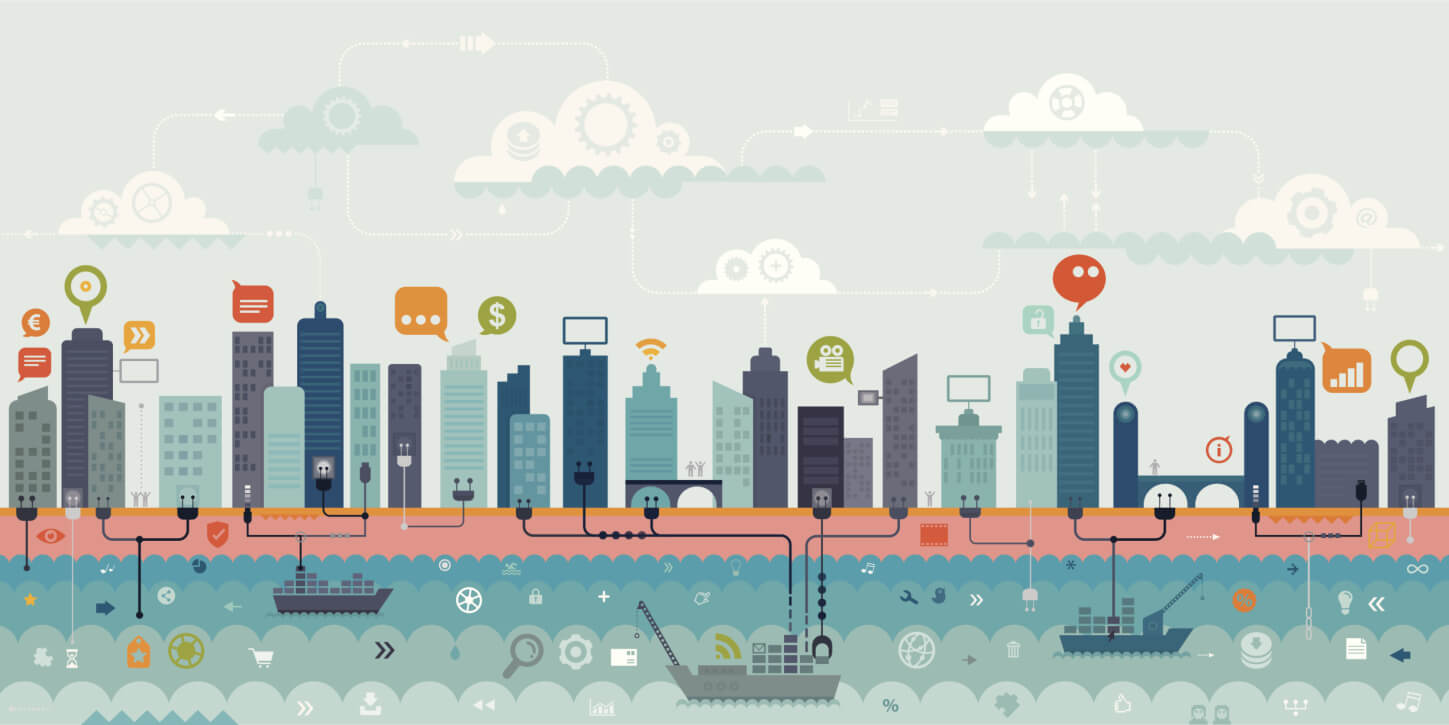 As existing cities convert older technology into newer, more innovative features for its citizens to enjoy, the sensitive topic of privacy is undoubtedly on most people’s minds. Smaller cities in the U.S., like Portland, Maine, and larger cities abroad in the Netherlands and India are already experiencing public backlash for monitoring the personal information of citizens without prior permission.

With new smart cities being built from scratch like Bill Gates’s smart city in Arizona and Google’s Toronto development, it’s more important now than ever to lay down foundations to protect privacy.

In An Ideal World…

Portland’s city manager, Jon Jennings, has a dream for the evolution of Portland: self-driving buses and streetlights that collect data and send out free wireless Internet to residents and businesses. Transforming Portland into a hub for innovation and technology advancement is the goal; a place where young skilled workers and tech startups will call home in the next five or ten years.

As Jennings puts it, “As we roll out smart-city technology and overall innovation we’re going to see an increased interest in Portland and, I believe, an improvement in the quality of life.”

Streetlights that utilize LEDs can also power video cameras, audio recorders, Wi-Fi, and other technology. By July 2018, Portland aims to have 100 streetlights projecting Wi-Fi signals and adjusting brightness depending on the time of day or weather conditions. By July 2019, Portland’s goal is 150 to 300 more Wi-Fi streetlights, traffic sensors, and six charging stations for electric vehicles.

Troy Moon, Portland’s sustainability coordinator, says, “Some of these may look like a camera but only detect shapes.” Jennings adds, “There would be an enormous amount of public discussion if we were using cameras for surveillance reasons.”

The debt required to take on new technology renovations puts cities in hot water, too; if a city installs several million dollars worth of technology and its citizens rally to remove it, who is going to pay off the bill?

Peter van de Crommert is a project manager for Stratumseind at the Dutch Institute for Technology, Safety, and Security. He says the technology is there to help people. He emphasizes, “Big brother is helping you. We want safe nightlife, but not a soldier on every street corner.”

The American Civil Liberties Union of Maine is monitoring Portland’s IoT development and internal government documents. Emma Bond, an attorney with the ACLU of Maine, said the city should initiate meaningful public discussions about data collection, how it will be used, and who can access it.

Her concerns revolve around Portland’s smart city initiatives without having prior public discussions about data. “Right now we are hoping to learn more and we want to get the conversation started,” Bond explains. Bond believes data collection of video and audio creates a huge risk for abuse. “For Portland to move forward without having that discussion is premature.”

A study of privacy in smart cities, conducted by Erasmus University of Rotterdam in the Netherlands and published in July 2016, warned, “There is a continuous risk of these services being pulled towards the more problematic quadrant where privacy is at stake, and purpose may shift away from service to surveillance.”

In Enschede, a small town in the Netherlands, complaints are already pouring in about traffic sensors scanning cars for MAC addresses, unique network identifiers that each cell phone has.

Maša Galic is a privacy researcher at the Tilburg Institute of Law, Technology, and Society in Tilburg, Netherlands. She points out that the Dutch Personal Data Protection Act states that citizens must give permission before the government can collect data from their devices.

Another huge issue is that privately-run technology initiatives are often still not watched closely enough by the government. City officials promising privacy without conferring with the private companies that are providing the actual technology is one of the causes for the distrust citizens feel.

In Utrecht, Netherlands, private companies installed smart trashcans, streetlights, a robbery predictor, social media monitoring technology, and more, for $80 million. But the Dutch government has been so lax about regulation that the government doesn’t even know where each sensor is or what each sensor is doing and when.

A firm guilty of holding data hostage is CityTec, which oversees 30,000 traffic lights, 500,000 lamps, and 2,000 car parks around the Netherlands. But the company refuses to share data with local governments, claiming the company owns economic rights to the data even though the local government owns the public utilities that CityTec installed.

What’s to stop any private company from selling data they’re collecting? How many lawyers and laws do we have to protect the citizens from both the government and corporations? Not enough. It’s not enough to start creating laws after something bad or irreversible happens. Nobody wants to live in a 1984 scenario where private companies profit off of their lack of privacy. So, it’s better to have this discussion now rather than later.