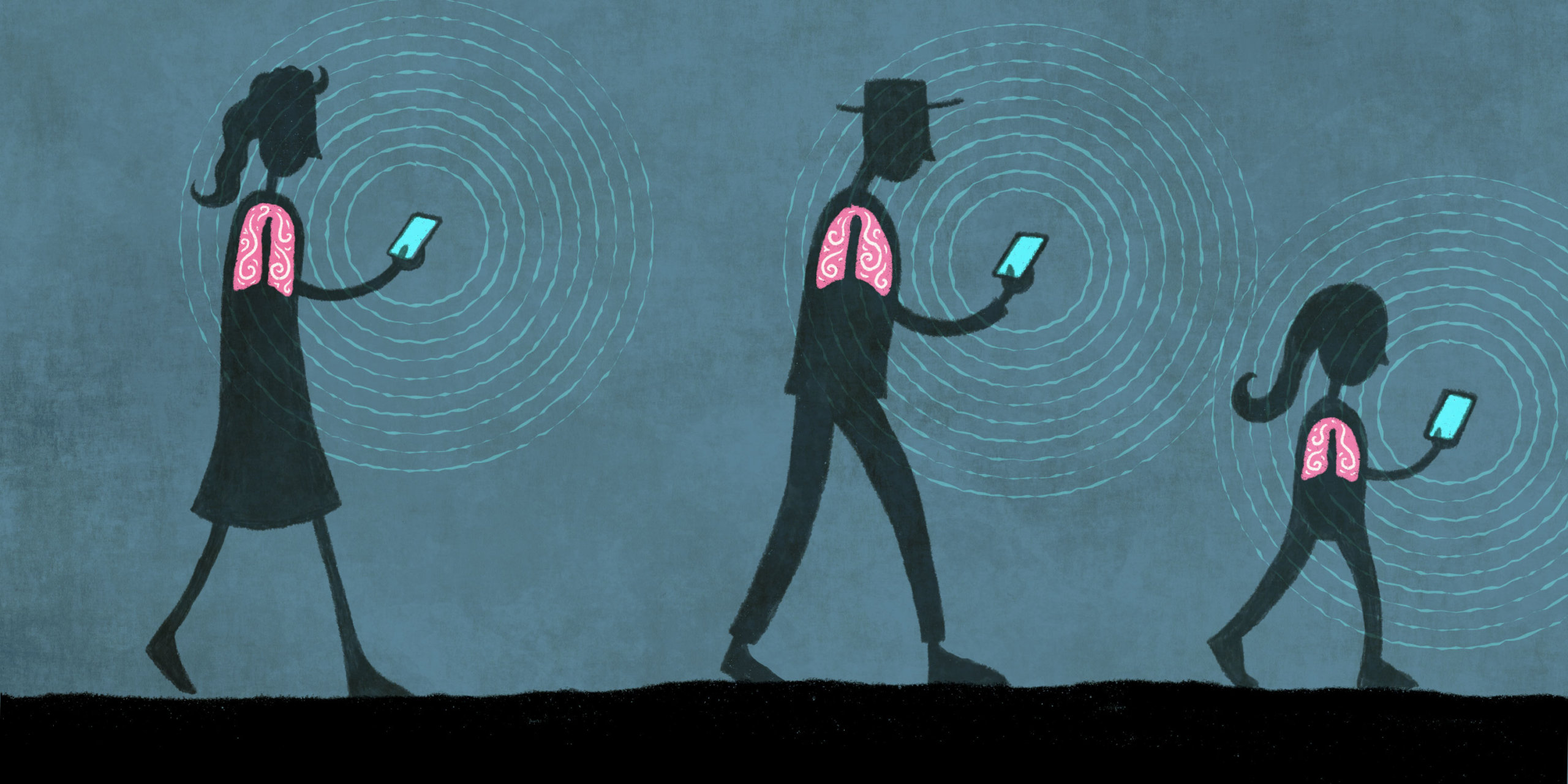 When the pandemic first started, Jodie Pond, the health director of Teton County in Wyoming, hatched up a plan with Silicon Valley developers to create a health mobile app that would transform the highly-manual process of contact-tracing into something more automatic. With Teton County bordering Yellowstone National Park and housing 25,000 residents spread across an area that’s two times the size of Delaware, Pond thought this would be a great way to track residents and locate any superspreaders. But between inaccurate GPS and the state of Wyoming not involving counties in their decisions for finding a suitable mobile app, she began to feel helpless and hopeless.

The most impactful method of contact-tracing was manual and arduous, but it helped Pond and her team bring down the number of cases in the county. However, says, Pond, “It’s been difficult, and it’s taking a lot longer than we thought. We’re a tiny little health department, and we’re just trying to do this on our own.” Pond isn’t alone; many counties across the country are feeling left behind, exhausted, and over-burdened. So why hasn’t contact-tracing taken off across the U.S.?

Surging Cases and a Lack of Organization

In the U.S., over 200,000 citizens (officially — unofficially, it’s hypothesized to be twice as much) have died because of anti-maskers, lack of proper contact tracing, and opening bars and restaurants, as well as allowing big events like weddings to continue to take place. For many areas, a COVID-19 test appointment can be arranged for a few days or weeks later. Couple this with test results taking 3-5 business days (or more during surges), and you might go through the most severe of the symptoms before even heading out for a test. 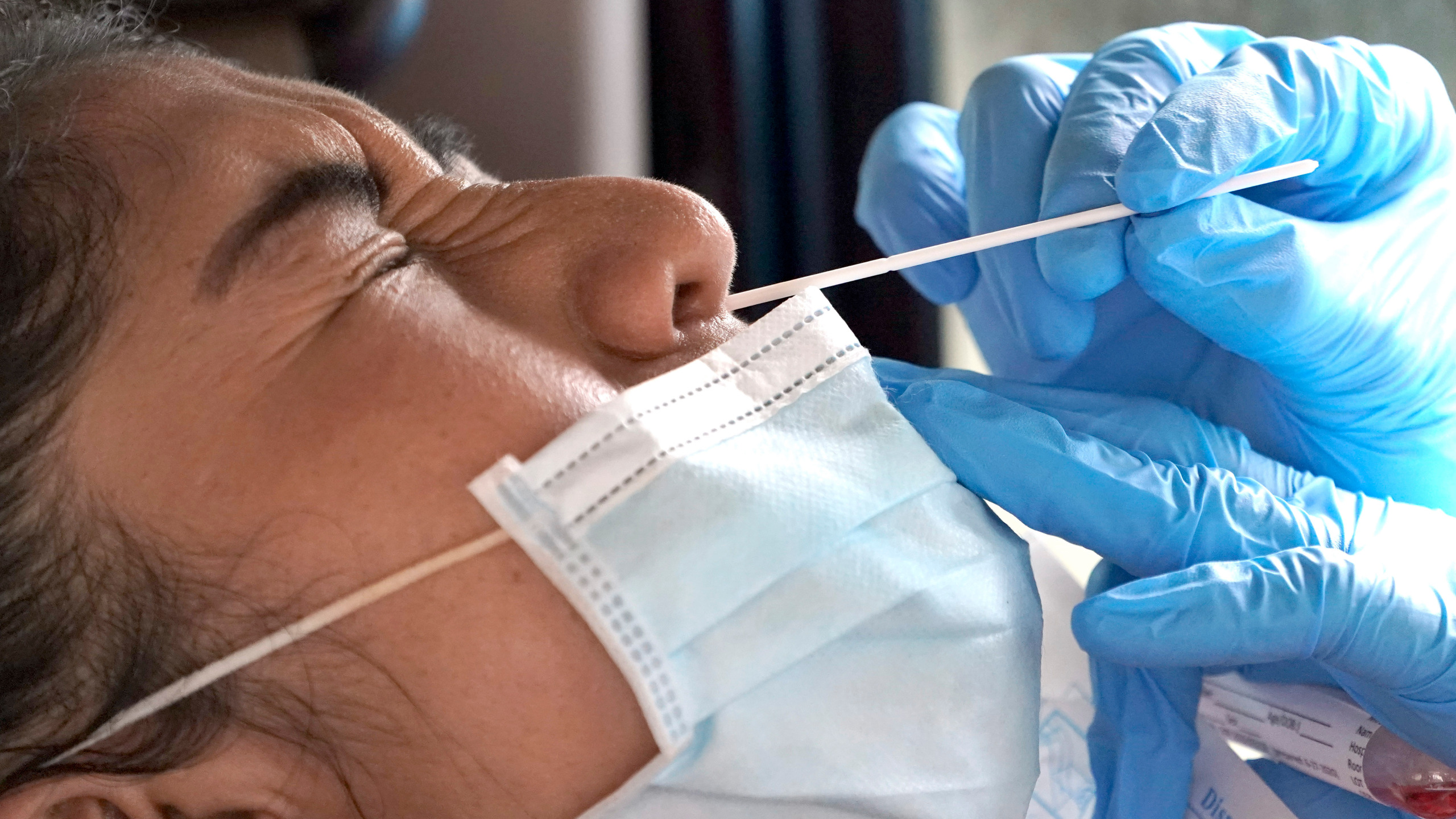 Contact tracing requires rapid, plentiful, and cheap testing so action can be swiftly taken to quarantine the infected and notify those who came into contact with the infected. But the U.S. lacks the capacity to administer millions of tests each day. In Europe, by contrast, because of public healthcare systems, mapping contact tracing apps to healthcare records was extremely easy. In the U.S., each state has different software and rules for patient records, and of course, medical care is privatized.

It’s also incredibly confusing in the U.S. who manages which jurisdiction. Sometimes it’s the federal government, a university, a county, a city, or a region. Tim Brookins is the lead developer for the Care19 app, a contact-tracing app that is being used in Wyoming and North Dakota. He says that the apps aren’t the problem; that falls on “the fractured nature of contact tracing and the political issues. That’s the mess.”

When Apple and Google first released their Bluetooth contact-tracing technology in April, they wanted to give each state the opportunity to select developers to create contact-tracing apps using Bluetooth technology. One major caveat was that each state would have to pick one developer each to grant the permissions to. But out of 50 states, only 6 signed up for this plan.

Recently, the two companies acknowledged that they made a mistake in utilizing the technology on a state-by-state basis. Now, Apple will build contact tracing into its operating system, while Google will develop custom apps for each state. But because the national healthcare infrastructure is severely lacking organization and robustness, this approach may be useless too. 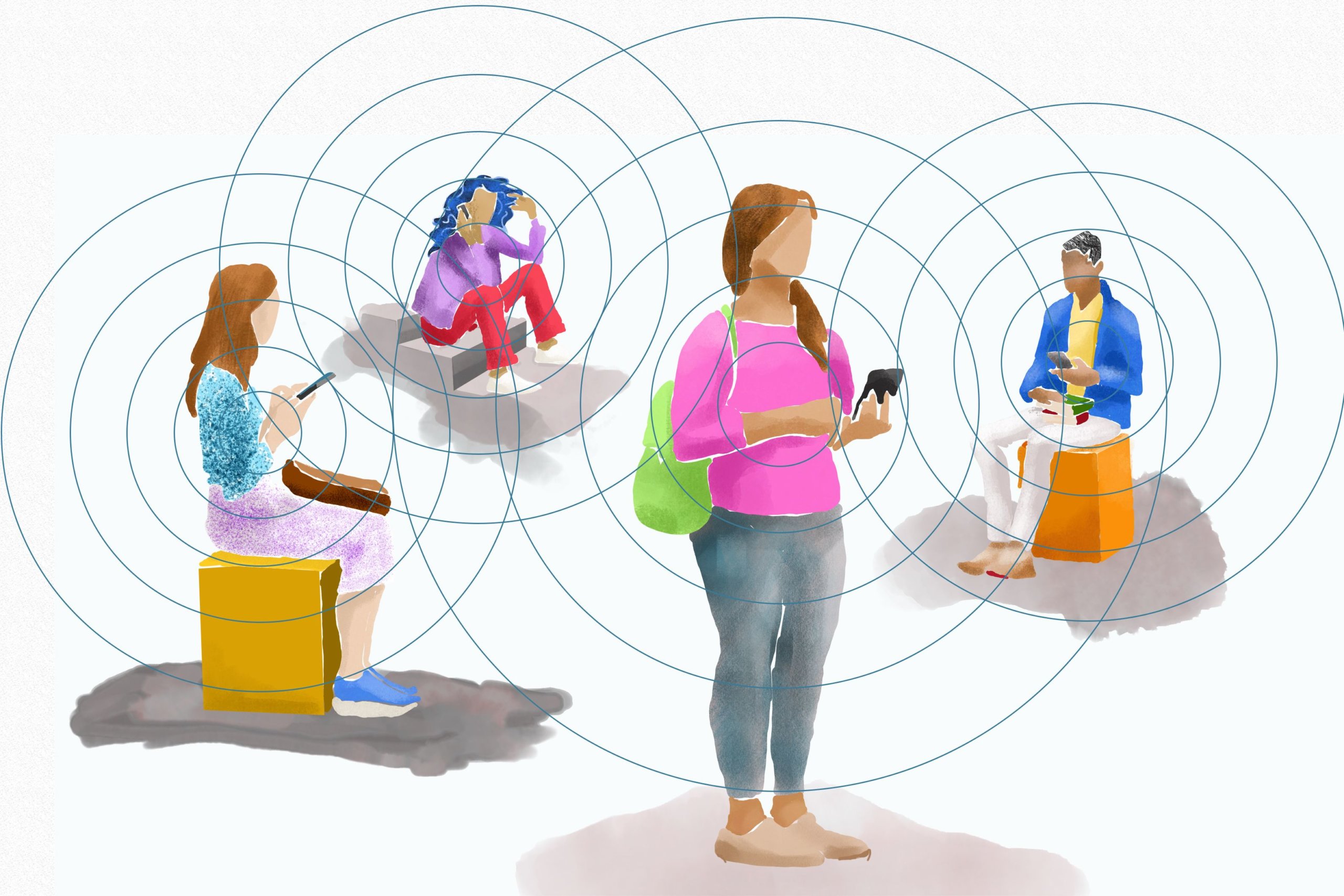 A Trinity College Dublin study found that the Apple-Google technology was inconsistent on buses and trains because of interference. The authors suggested that the tracing definitions should change from within 6 feet for 10 minutes, rather than 15 minutes. But the technology has been picked up by several countries around the world: Germany, the UK, Ireland, and Switzerland. It’s not clear how many people in a population have to use the app for the app to be effective. An Oxford University research study concluded that 60% would be the number to stop an outbreak, but that Ireland’s and Switzerland’s adoption rates can help lower infection rates (40% and 35%, respectively).

According to Carmela Troncoso, a professor at the Swiss Federal Institute of Technology, government support for contact tracing is vital for citizens to adopt it. Unfortunately, in the U.S., we’re not aligned nationally, state-wide, and sometimes within each town.

Many states tried early on to create a contact-tracing app, but either state politics or low adoption rates stopped them from progressing any further. As a result, the states’ case numbers keep going up, past the point where state officials could manually trace residents. For many states, officials are struggling to develop a proper public health response at all. For other states that ramped up their contact-tracing efforts, testing ability didn’t ramp up accordingly to meet the demands.

According to a George Washington University study, many states are lacking contact tracers: California needs more than 30,000 tracers to join in the effort, but they’ve only got less than 10,000 to work with right now. As for contact tracers, difficulties faced on the job include people not picking up their phone, people not following their advice and seeking testing, and people not listening because childcare and other resources aren’t being offered. 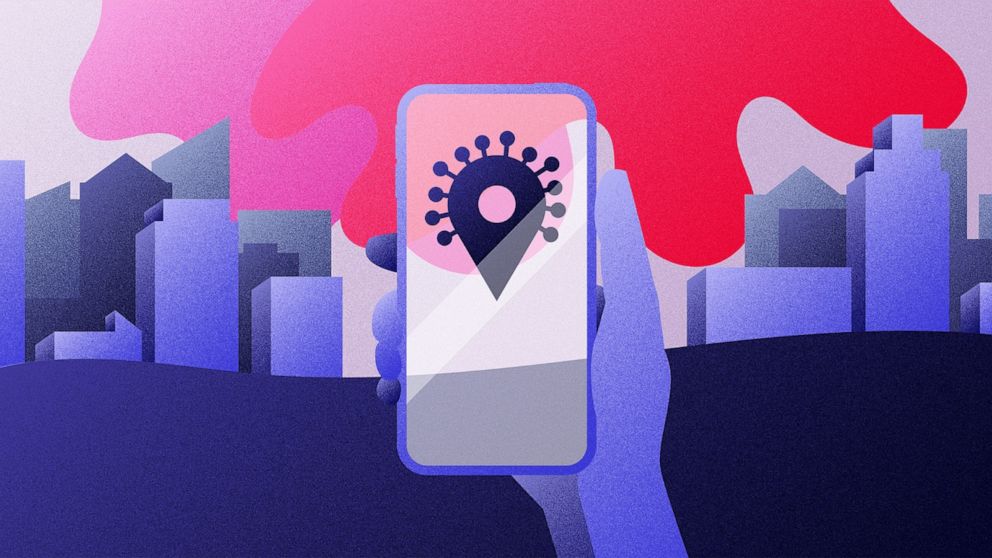 People also mistrust the government. Margaret Bourdeaux, a researcher at Boston-based Harvard Kennedy School, says, “Public trust is everything during a health crisis, so anything that might risk it—especially if the benefit is unclear—is viewed as not worth the effort.”

It’s clear that the state-by-state initiative needs to pivot into an overarching national response. Because we don’t have a nationalized or universal healthcare system, we are overall very ill-prepared to handle the coronavirus pandemic with a coordinated response. But Scott Becker, the executive director of the Association of Public Health Laboratories (APHL), says, “We are not Canada. It would be a lot simpler if there were a national approach, but that’s not how public health works in the United States.”

Becker joined a group of officials that included technologists at the Centers for Disease Control and Prevention and state health officers to create a strategy to tackle the problem of contact tracing in the U.S. Obviously, one of the first things discussed was allowing states to communicate with each other. A national response would handle the communication better than states would, especially for states that attract tourists from all over the country, like Wyoming’s Yellowstone National Park. 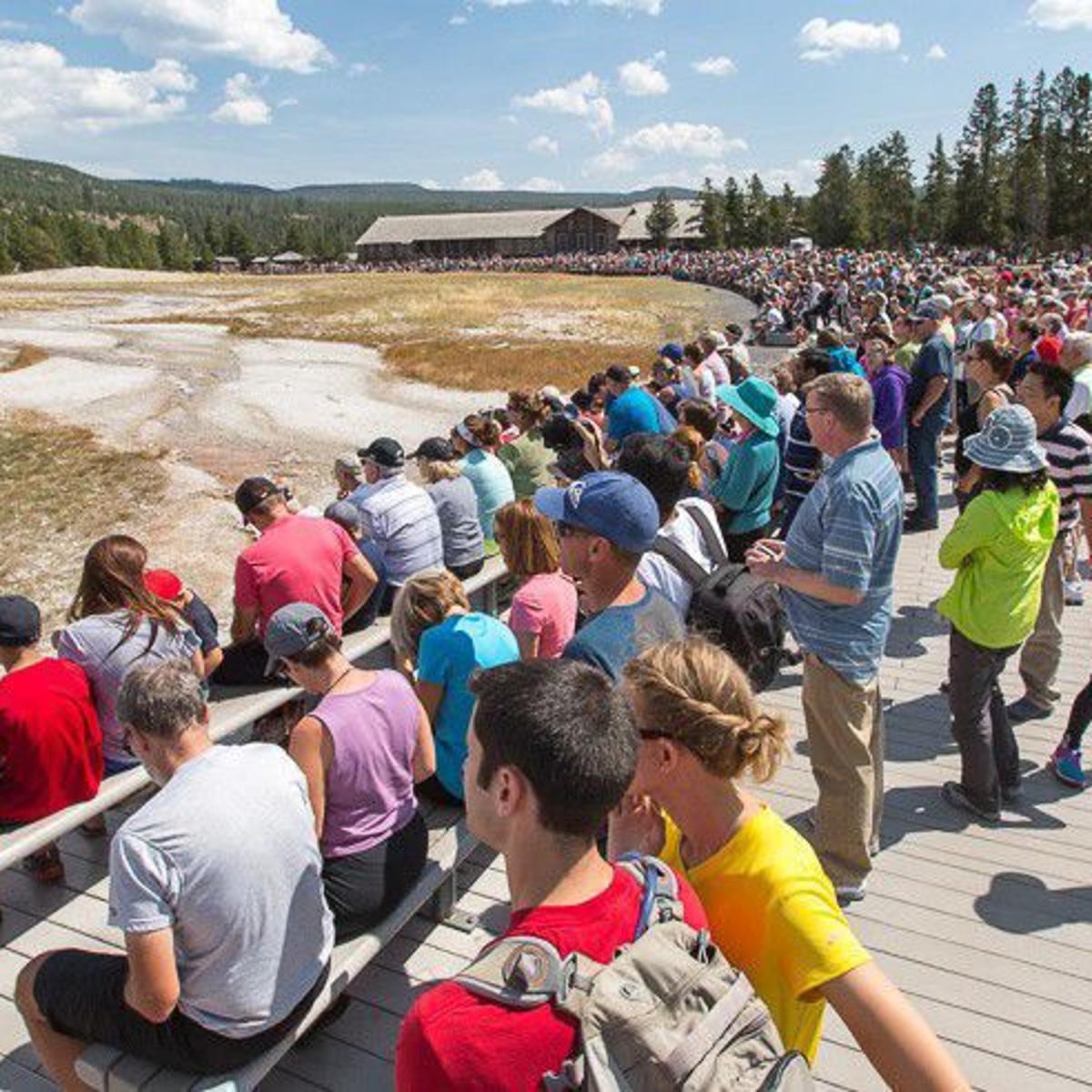 Besides, each state having its own server of private location and identifiable information is just a major cybersecurity incident waiting to happen, and something like that would further shatter the public’s trust in not only the federal government but also their state and local governments as well. To help combat this risk, the APHL set up a common server for state apps to communicate with each other. Google’s state-specific apps, named Exposure Notification Express, are mostly all the same, but states can send the company a wish-list of features they want in their app, along with state-wide branding.

Connecting with local health officials has been difficult, according to Brookins. “The real friction is the way the contact tracing happens. It’s the haphazard, heterogenous jurisdictions that are difficult,” he says. As for Pond, she feels that there are more important things to tackle before implementing Care19 in her county. But in her local response in tracing the virus in Teton County, every tool she has in her belt could make a real difference for her residents.

Have you used any contact-tracing apps? Let us know which state and if you think it’s making a difference!