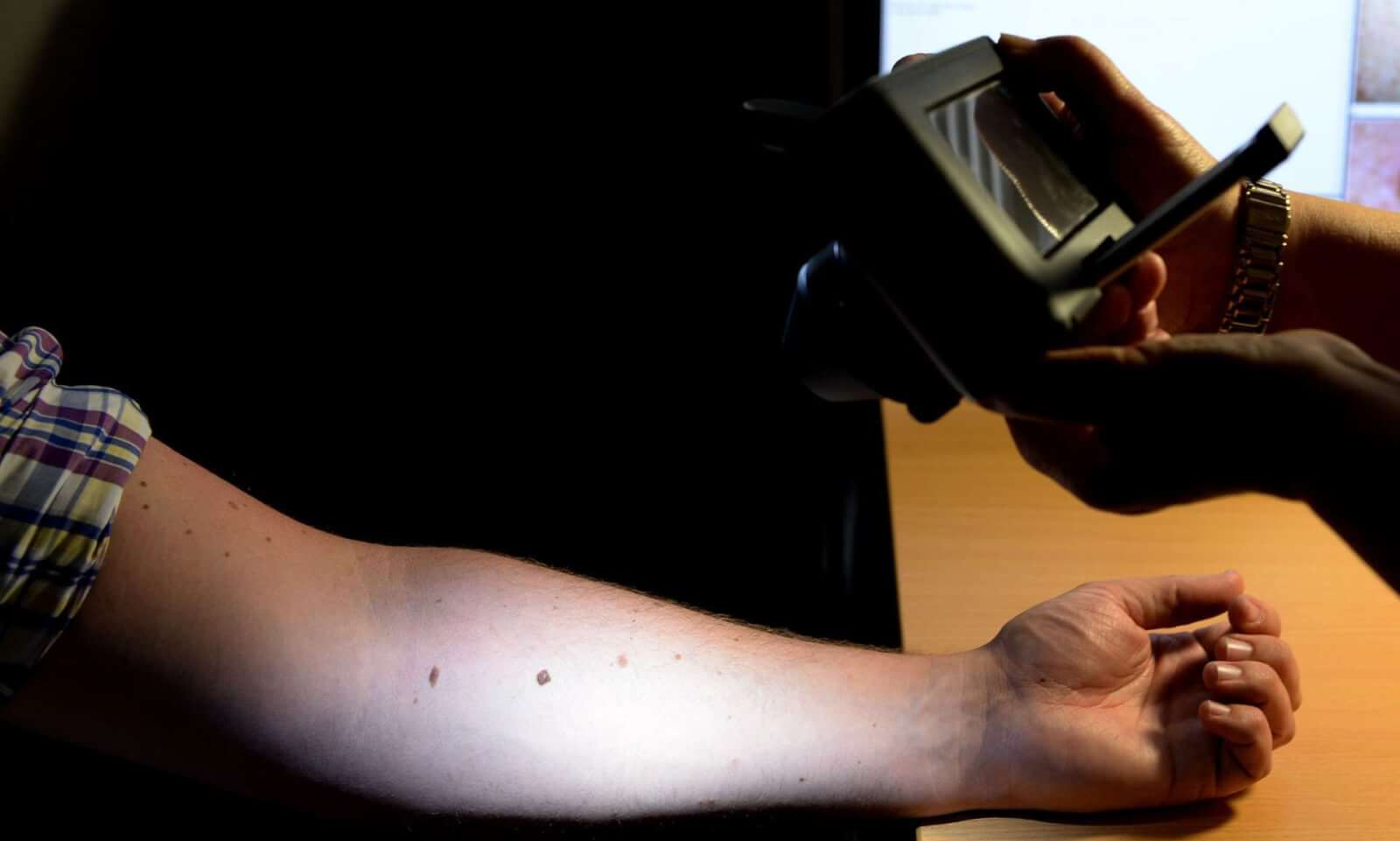 Artificial intelligence (AI) is transforming technology in our homes and at businesses. But one of AI’s best applications is in medicine. After being trained with hundreds of thousands of images, the technology is often used to accompany doctors’ opinions and create a more informed picture of the patient’s medical history and health issues.

Researchers from the U.S., Germany, and France recently developed MedTech AI that diagnoses melanomas (skin cancer) along with benign skin lesions. The AI, trained with over 100,000 images, will hopefully curb the 232,000 new cases of melanoma each year, of which 55,000 result in death.

And the Winner Is…

The AI, a deep learning convolutional neural network (CNN), outperformed most dermatologists, according to the researchers. On average, the doctors accurately detected almost 87% of skin cancers from the given images, but the CNN had a 95% success rate.

“The CNN missed fewer melanomas, meaning it had a higher sensitivity than the dermatologists,” says researcher Holger Haenssle. Additionally, the CNN “misdiagnosed fewer benign moles as malignant melanoma … this would result in less unnecessary surgery.”

It’s About Teamwork, Not Competition

Melanoma can be difficult to image in some body parts, like fingers, scalps, and toes. And the AI can have difficulty distinguishing “atypical” lesions or those that patients haven’t seen yet.

But it also beat human dermatologists when it came across the more common situations, although the doctors performed better when given more patient information. The researchers believe the AI can be used for easier and faster diagnosis of skin cancers.

“Currently, there is no substitute for a thorough clinical examination,” say researchers Victoria Mar and Peter Soyer. We hope that one day, hospitals from Los Angeles to Tokyo will be staffed by doctors and robots helping each other out. This CNN is a great step towards this happening.