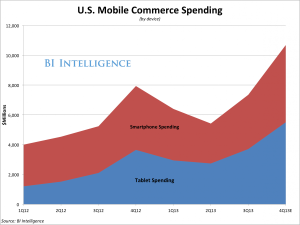 According to Simon Khalaf, the CEO of Flurry, a mobile application analytics company, Internet technology has triggered the most rapid and remarkable disruption of conventional business practice since the Industrial Revolution. Fueled by social media, cheaper data, improved telecommunications infrastructure and the rise of mobile technology, the global economic landscape is growing and changing in ways never before seen. As Khalaf puts it, “It’s Black Friday every hour.”

The iPad app developer community is playing a major role in this monumental shift. The “age of the app” began a few years ago, when smartphones first hit the market, and year after year, they continue to reshape the face of commerce and industry. Messaging apps are growing at incredible rates, and are expected to break the 2 billion barrier in terms of worldwide subscribers in the next few years. Flurry believes this will, in turn, create a massive market for digital and electronic consumer products.

Khalaf points to mobile usage statistics to support his hypothesis. Recent studies show that users are accessing apps 87 percent of the time they are on a mobile device; this means they are spending only 13 percent of their time on the World Wide Web.

Of course, problems are to be expected whenever something grows at this speed and scale. Increasing competition with portable technologies such as tablet PCs has made it difficult for many software developers to create profitable apps. However, practically all experts are predicting that smartphone usage will continue to grow at incredible rates in the years ahead, especially as more and more consumers in emerging markets like China and India enter the fray. New York City iPhone app developers are on the cusp of what many are calling the golden age of e-commerce, with rapid expansion and unprecedented change creating never-before-seen opportunities.