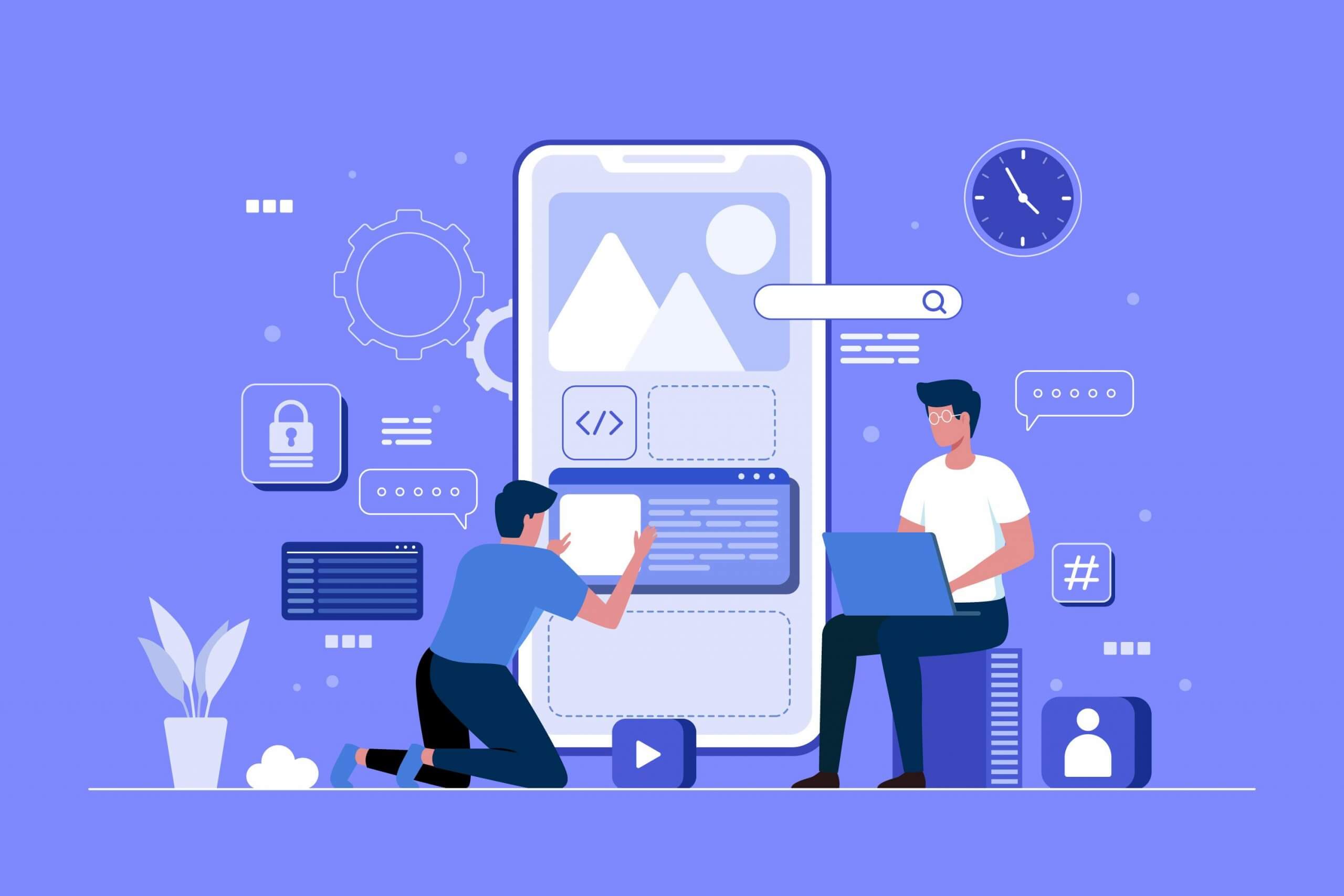 The Internet of Things (IoT) has made its way into our homes and everyday lives: our brand new TVs are connected to the Internet, our fridges and baby monitors are connected to mobile apps, and our thermostats basically work without any human interaction needed. This is part of a new trend that’s not going away any time soon: by 2025, we’ll have more IoT connected devices than human beings on Earth.

IoT devices interact with our environment. They observe, analyze, and understand our surroundings in real-time, and they transform this information into useful data and actions for human comfort. As IoT continues to grow and expand, IoT mobile app development will become increasingly popular because mobile allows for flexibility when transmitting data and due to the ease of developing mobile apps. And as we see the roll-out of 5G across public areas and even within our cars, mobile apps will become nearly essential. 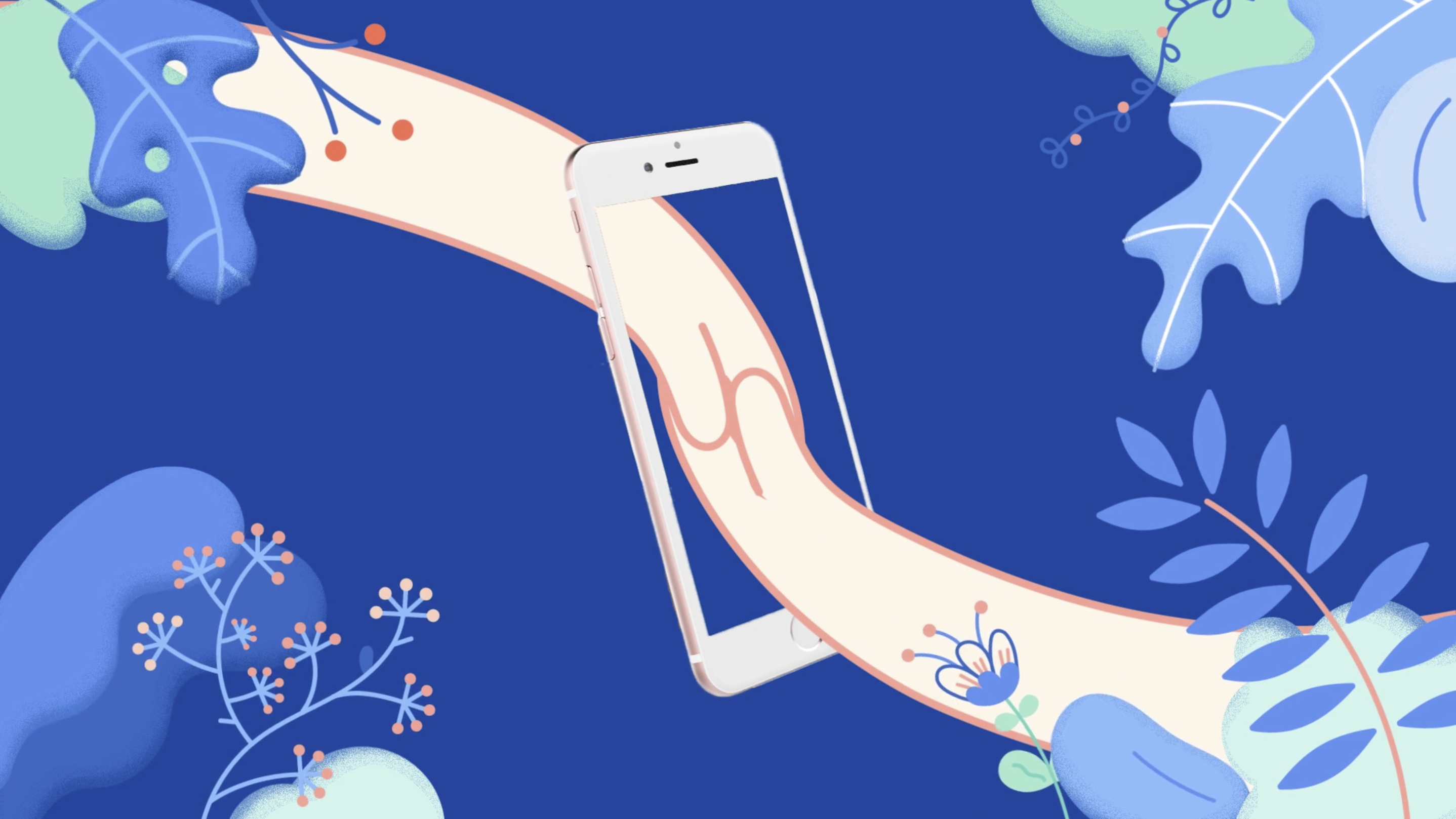 Mobile apps allow consumers to check-in and make changes on the go. Thus, mobile apps afford accessibility for consumers, letting them access any connected device from anywhere in the world with their mobile phones. Because of this flexibility, you should seek out an IoT app developer who will factor scalability and increased bandwidth into your device’s mobile app.

Because IoT generates so much data, it enables companies to reach insightful conclusions. Most IoT devices collect data in real-time, which opens up many opportunities to enrich your customer experience, optimize your products, adjust your marketing strategy, and improve business operations. The possibilities are limitless in how data can impact your business and how your customers view your products.

For companies who are willing to risk the initial investment cost, IoT often returns much more on the investment over time. Because of the uncertainties in how to apply IoT to a business and the upfront costs involved, many businesses will not mess with an emerging technology like IoT until they’re more convinced of its benefits. As a result, companies who do make the leap gain a competitive edge over their peers. 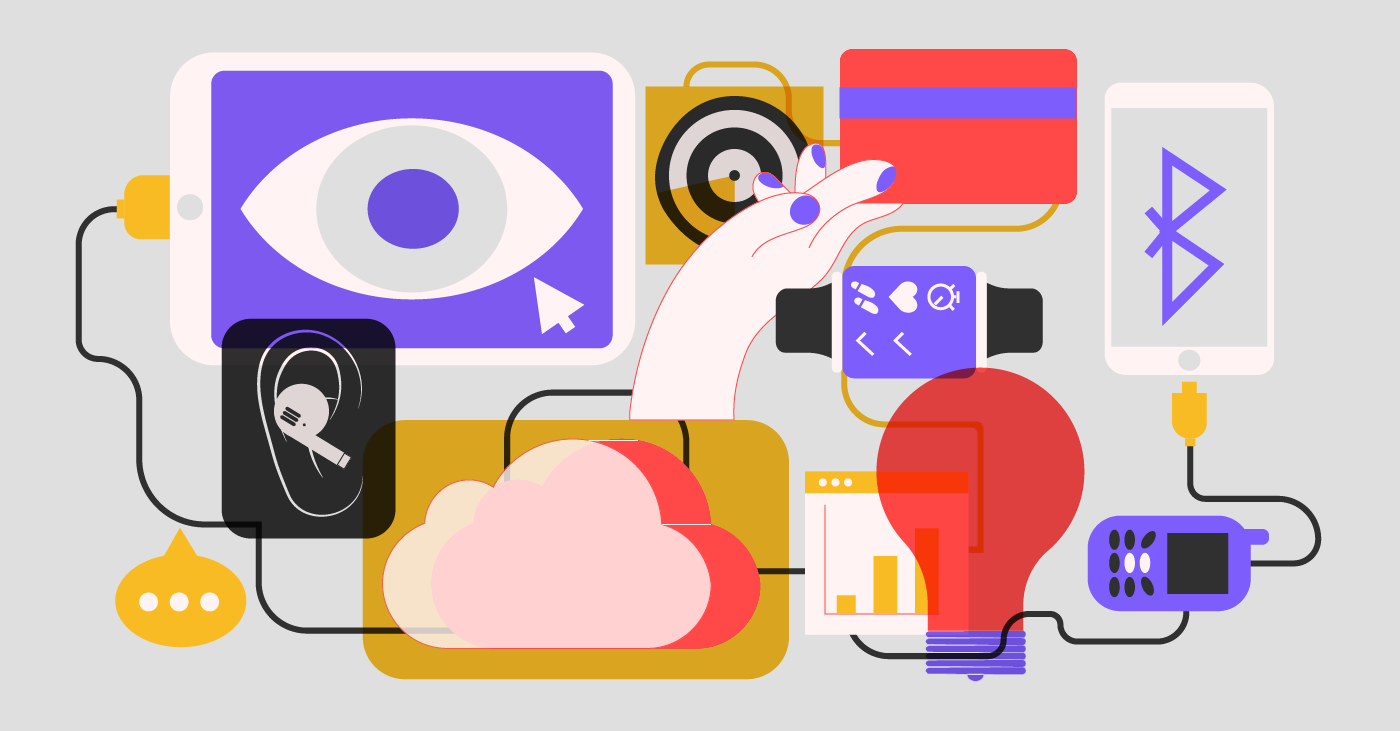 We expect to see these benefits become entrenched in IoT development as time marches on.

As with anything worth doing, there are challenges abound when implementing IoT technology. One of these is data collection and processing. Because IoT generates so much data every hour, companies need adequate storage capacity, whether that’s physically or on the cloud. With so much data, it’s impossible to know what questions can be answered and how to best utilize the data for maximum return on investment. This may require hiring data analysts and data scientists with knowledge of machine learning, which is another cost.

IoT is notorious for its security and privacy issues. The nature of interconnected devices leaves IoT systems open to hacking and cybersecurity attacks. For example, in 2016, the Dyn cyberattacks affected users in Europe and North America, as it took down popular websites like Amazon, HBO, Esty, and San Francisco-headquartered Airbnb in addition to hosting providers like HostGator, Github, Imgur, and Squarespace. At Dogtown Media, application cybersecurity is one of our top priorities from the beginning of the project to the middle and the end. 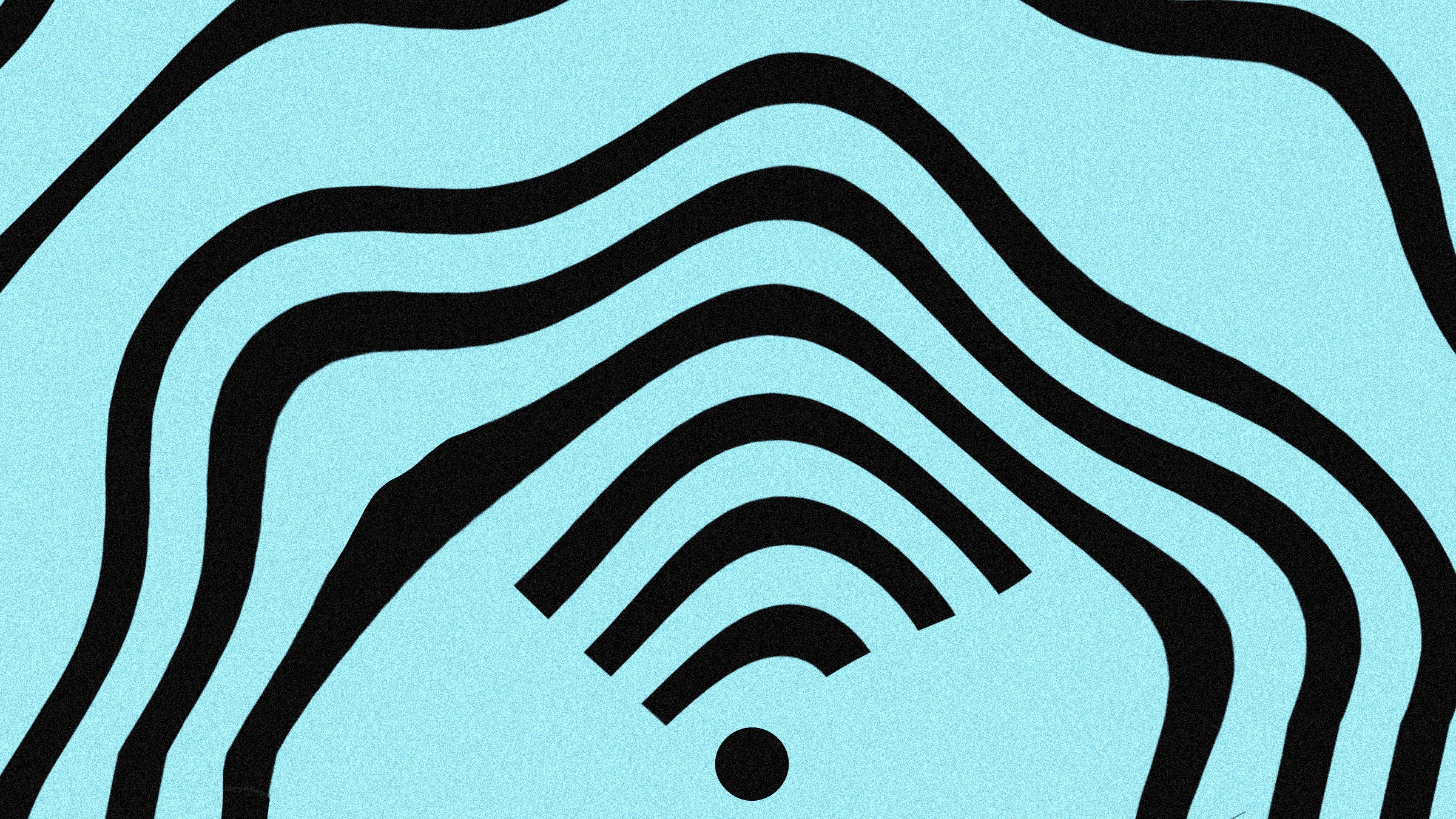 IoT systems that interface with mobile apps require a balance of hardware and software. As a result, both need to be working in tandem such that updating one doesn’t cause the other to crash. The two need to be linked closely and with regard for the future to ensure the best performance, the least amount of software patching, and a regular update schedule.

IoT systems offer a lot for mobile app development. One of these benefits is the lowered cost for developing a mobile app: because IoT already is made up of multiple integrations including emerging technologies like machine learning, AR, and VR, adding a mobile app into the mix won’t take much time. And due to the data-heavy nature of IoT, it won’t take a lot of work to find the right data for the mobile app.

IoT also opens the door for more interactivity and personalization in mobile apps. Apps can allow users to control multiple devices and get information on their uptime and performance. Businesses can also use mobile apps to optimize internal operations by allowing employees to keep an eye on machinery and equipment, data generation, and device relationships. Some companies even use IoT-connected mobile apps to reorder office supplies and schedule in-office repairs automatically when needed. 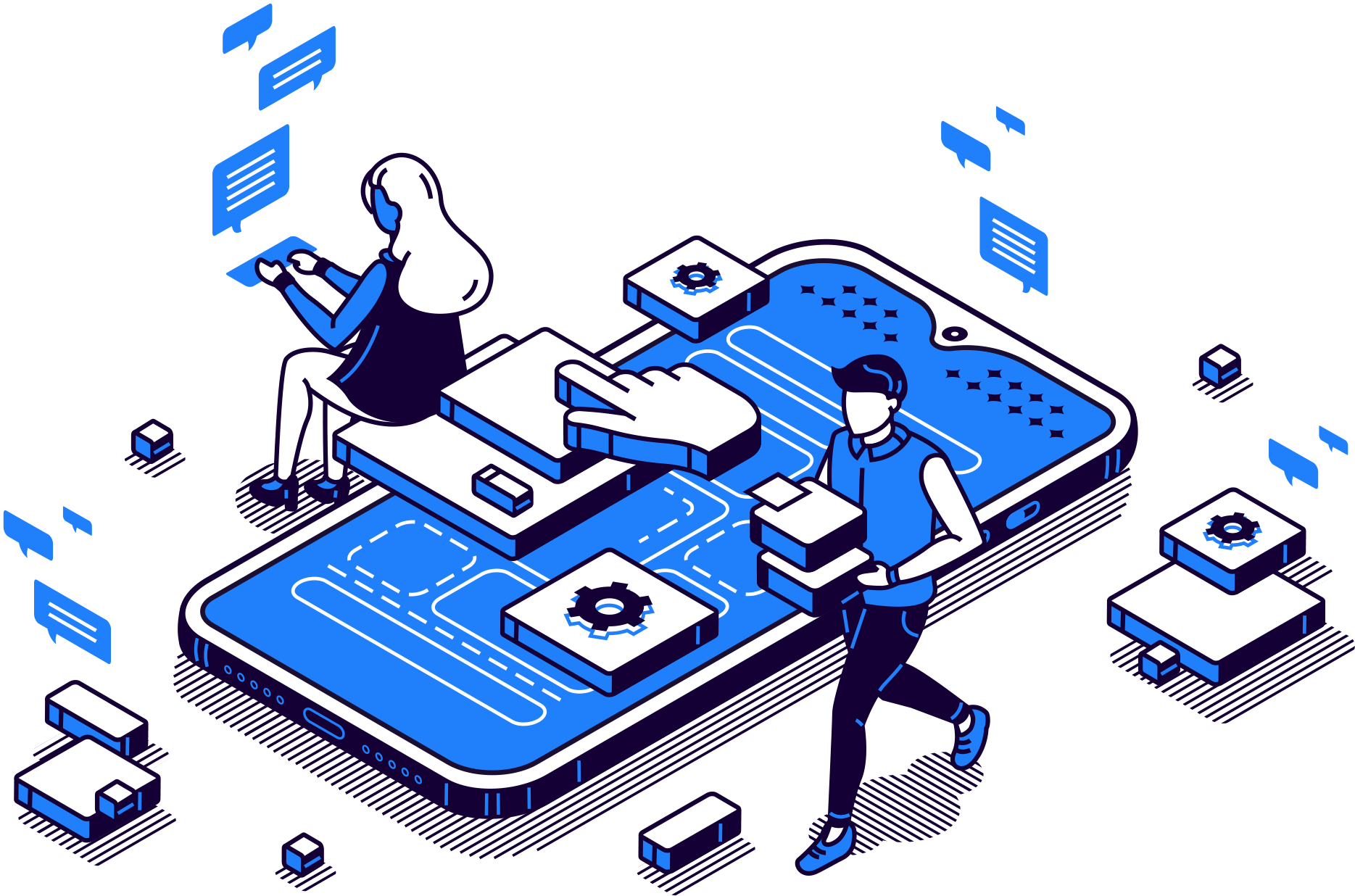 IoT’s ability to connect devices from all over the world into a single system affords it location independence. This works nicely with mobile apps which also tout location independence as a major benefit. This connecting feature has introduced IoT into homes and cars, allowing us to change the thermostat from the driveway or shut all blinds from the office. It also lets us see who’s at the door even when we’re at the grocery store.

IoT Is a Fundamental Part of the Mobile Future

We know IoT will be a major part of the future, but IoT-connected mobile apps will be present alongside IoT systems as well. IoT mobile apps give companies stronger relationships with their customers, higher decision-making power, more ways to optimize business processes, and a way to keep employees engaged. If your company is looking to level up its business value and reach more customers, consider developing a mobile app for your IoT system.